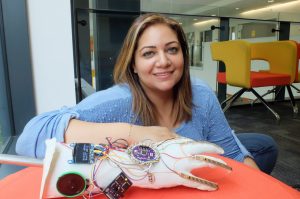 A young Saudi Arabian woman named Hadeel Ayoub has recently invented a smart glove that has the ability to translate sign language into both speech as well as text. The young artist and designer, as well as scientist and researcher, was the recent winner of the UK’s Innovation and Entrepreneurship Prize.

She currently attends Goldsmiths University in London and calls her invention the Sign Language Glove. She specifically developed it for people who have trouble speaking or have extreme hearing disabilities or even deafness. The glove will turn sign language into actual speech as well as text out conversations on a specially designed screen. 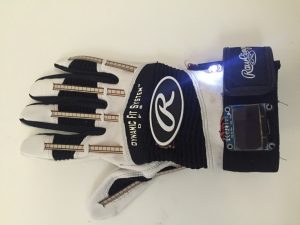 She hopes it will make life easier for those disabled people and that it will encourage them to talk more and to reach out more to people. Ayoub has designed and created three different wireless prototypes for the glove. The inventor says that, “I had one mission when I started this project and it was to facilitate communication between all kinds of disabilities eliminating barriers between people who have a visual, speech or hearing impairment… 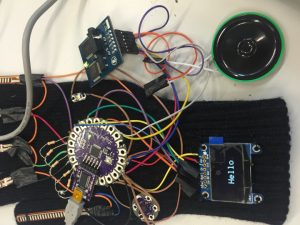 The glove, for the most part, has a series of five sensors as well as an accelerometer, a microcontroller board and a digital display that can project up to four digits. The sensors track and display finger movement that is then digitally translated. The numerical values that get displayed can translate the words that are being spoken by the glove user. 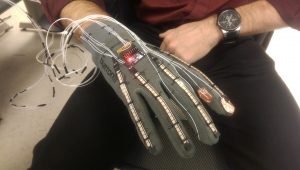 Ayoub also wrote and created software that handles the vast majority of the input and translation. One of the prototypes allows for text to be rolled on a screen in a similar fashion to a telepromter. The third prototype glove is her most advanced design. It has a chip in it that creates spoken language from text. In addition, the third prototype glove, similar to a batting or golf glove, has all of the wiring stitched into the lining of the glove itself so it has a more graceful look and feel to it and people won’t be so self conscious wearing it.