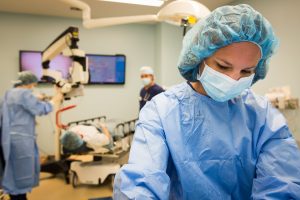 Doctors at UCLA recently decided to try and stimulate, or “jump start”, the brain of a 25 year old man who had fallen into a coma following an auto accident. They decided to try and do this using ultrasound. The doctors figured they may be able to revive the thalamus region of the man’s brain by employing a tiny ultrasound instrument similar to those that are used to see babies in the womb.

The thalamus region of the brain allows for consciousness and it is the nerve center that sends out electrical impulses and messages to the rest of the brain. The man had been in a coma for more than two weeks and the doctors knew that the longer he stayed there, the less likely it would be that he would ever come out of it.

The ultrasound experiment was an almost immediate success and, within a day’s time, the patient could understand and respond to what the doctors were saying to him. After only three days, he was, once again, fully conscious and capable of some basic communication. Apparently, the sound waves that the ultrasound projected into his brain did something to revive him from his comatose situation. 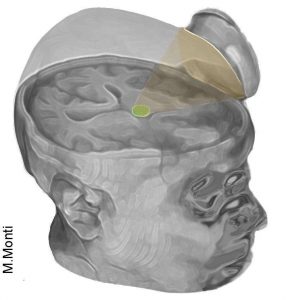 The sounds waves from the ultrasound were focused directly into the thalamus region which is in the center of the brain.

Dr. Mark Monti, the chief physician in charge of the operation, was optimistic but cautious and said that, “The changes were remarkable. It’s almost as if we were jump starting the neurons back into function. It is possible that we were just very lucky and happened to have stimulated the patient just as he was spontaneously recovering.”

While Dr. Monti and his team were extremely encouraged by the test, he knows, and cautions, that it must be tried several more times to see if, indeed, it was the sound waves from the ultrasound that actually stimulated the thalamus allowing the patient to regain consciousness.

Back in 2007, a research team used an implant to stimulate the brain of a man who had been comatose for six years. It brought him back and he regained much of his consciousness and motor skills but the implant procedure is costly and inherently dangerous because surgeons have to actually go into the brain to place the transplant.

If the ultrasound technique proves to be the real thing, it would be a cheap and effectie way to help comatose patients regain their lives.