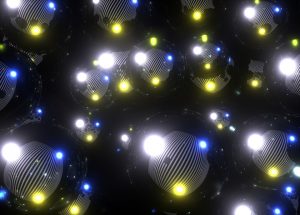 The existence of energy known as Dark Matter has been one of the pillars that modern day physics has been built upon. Back in the 1990’s, physicists determined that the universe was composed of around 70% of this dark matter and that the universe itself was expanding at a pace never seen before.

Astronomers from England, Denmark and Italy performed the analysis of the 740 exploding supernovae. Their results indicate that the universe, while it continues to expand, is hardly doing so at the rates previously believed. In fact, there seems to be no real acceleration at all according to their data. This would mean that there really is no such thing as dark matter.

Not everyone is enamored with the recent study. Recently, there have been studies made that are consistent with the acceleration theory and the existence of the dark matter. At Australian National University, a team measured the acceleration rate of the universe and found it to be expanding faster that previously reported.