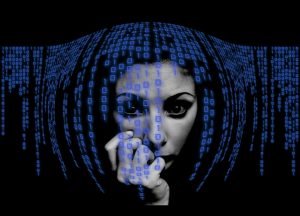 Theoretical physicist Dr. James Gates, Jr. has been working on string theory for many years and it seems that he has discovered something rather startling. Buried deep within superstring theory’s mathematical equations, he has found that there is fully developed, and seemingly purposely written, computer code.

Gates has determined that it isn’t just random binary codes, or just scattered 1’s and 0’s, but actual coding that is currently being used in computer search engine technology. The code, specifically, is known as Block Linear Self Dual Error Correcting Code. For the non hackers and computer geeks among us, this code is critical to the smooth transference of computer language and data. It examines code being sent and then compares and measures it against what has been previously sent and known and then makes the necessary adjustments so that the information coming out is correct. 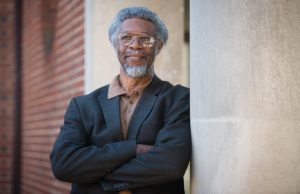 Dr. James Gates, Jr., a physics professor at the University of Maryland, is widely recognized in his field for the extraordinary work he has done in supersymmetry and string theory. He also currently sits on President Obama’s Council of Advisors on Science and Technology. He took his doctorate at MIT and his thesis on supersymmetry was the first one ever done at MIT. He was elected to the National Academy of Sciences in 2013.

The religion of Science has been pursuing, for many years now, their Theory of Everything. For scientists, it is string theory that just may turn that theory into fact for them. Right now, however, Gates Jr.’s discovery seems to lend serious credence to what is known as the Simulated Universe Hypothesis. This theory, basically, states that we are living inside of a computer simulation, a computer game if you will, that has been created by humans living many hundreds, or even thousands, of years in the future.

The thinking goes that if one simulation can be created then many simulations are more than possible; they are credible. Some doubters ask how would we know we are living in a computer simulation and how could we ever escape it? Why that is important to know or where everyone would go if they escaped is not, however, discussed by those of that school of thought.

As physicists continue to explore their search for what they consider to be reality, they seem to be finding that what they are discovering is not what they have expected at all. For instance, they see that current perceived reality is composed of sub atomic particles but, when they look further, they find that these particles can actually exist in different places at the same time.