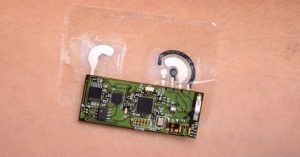 Scientists, electrical engineers in fact, at the University of California at San Diego have invented a new electronic sensor that adheres to the skin and lets the wearer know exactly how much alcohol they have had to drink. According to the research team, the electronic sensor patch sticks to the skin and is so accurate that it may put the standard breathalyzer out of operation.

The engineers state that the new sensor measures the blood alcohol levels in the blood more efficiently and more accurately than the current breathalyzers in use. The scientists hope that their invention will get out there quickly and save some lives. 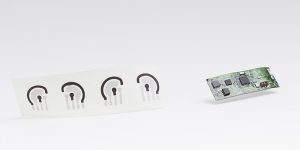 Lead engineer on the invention, nanoengineer Joseph Wang, said that, “Lots of accidents on the road are caused by drunk driving. This technology provides an accurate, convenient and quick way to monitor alcohol consumption to help prevent people from driving while intoxicated.”

Wang went on to say that friends could monitor one another while out and that the sensor system could be integrated into the vehicles ignition system. “When you’re out at a party or a bar, this sensor can send alerts to your phone to let you know how much you have been drinking.” 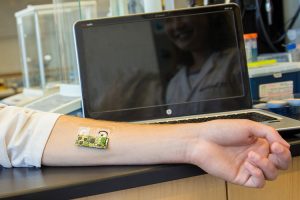 The breathalyzer system is a non evasive system in that it does not need a finger to be pricked for a blood reading. Because of this, the system is, generally, extremely inaccurate. The breathalyzer system can be duped by using mouthwash and a reading can be quite high even after someone has taken one gulp. It doesn’t really recognize what the actual blood alcohol level is.

The new sensor just adheres to the skin and can begin to accurately read blood alcohol levels from a person’s sweat within fifteen minutes of putting it on. Within the sticker is a tiny electrode that secrets a chemical that causes the area to sweat and then accurately reads the alcohol level contained in the bodily fluid. In addition, an enzyme is also secreted which releases hydrogen peroxide so that it mixes with the sweat. This is read by a tiny sensor that can be plugged into any computer type of device.

The sensors, they say, only cost less than five cents to produce and are used one time and then thrown away.