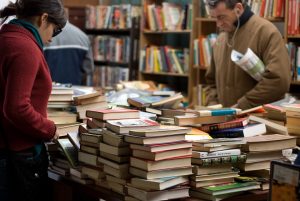 The research team adjusted for certain variables such as race, age, marital status, general perceived health and economic status. They also made adjustments for women in that females make up the majority of book readers and most readers of both genders tend to have a college education.

When their data was in and analyzed, the research team found significant longevity jumps for those who read books than for those that don’t read at all. They found that the readers who read for three and a half hours a week were 17% more likely to survive the next twelve years than those that don’t read books. For the voracious readers who read more than four hours a week, they had a 23% likely chance of outliving everyone involved in the study as well as out in the general population.

In the end, they declared, if you read books you can be expected to live at least two years longer than the people who don’t read books. The researchers found that economic status or living conditions did not affect the outcome. It was the reading of books that affected the outcome. The results of the study were published in the journal, Social Science & Medicine.

This seems to support countless studies that have demonstrated that readers seem to have a great many advantages over non readers including financial superiority, far fewer emotional and mental health issues and family stability. A British study in 2009 found that literacy levels in people also tended to decide whether someone pursued a life of crime or not. Yet another study showed how children that are exposed to reading, and have access to books, could expect to have far more stable and advantageous family and financial futures that children who don’t.