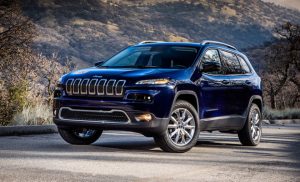 The notorious hackers, Chris Valasek and Charlie Miller, have returned once again and have recently announced that they have been able to hack into the systems of Jeep Cherokees once again and are able to do unheard of damage. The pair first came to prominence a year ago when they hijacked a 2014 Jeep Cherokee control system and were able to demonstrate how they could shut the engine off even if the vehicle was moving at high speed. Because of their actions, Fiat Chrysler was forced into recalling nearly a million and a half Cherokees.

This week, at the Black Hat hacker conference in Las Vegas, this same pair demonstrated before a packed house how they could now do even further damage to the same 2014 Cherokee. This time, they declared, they have hacked in and taken control of the systems internal network and are able to replace legitimate safety commands with false commands. As a result, the two are now able to affect the speed of the vehicle, including the cruise control, as well as being able to cause the vehicle to make sharp unexpected turns including making the Jeep slam on its brakes even during high speed driving.

Their previous hacks could only be accomplished while the vehicle was traveling less than 5 MPH. Now, with their new refinements, they can take control at high speeds. During their video presentation, the pair showed them taking control of a Jeep Cherokee traveling down a country back road in the Midwest. Suddenly, they made the vehicle brake and swerve sharply driving it off the road into a cornfield. The turn was so unexpected and sharp that there were visible skid marks on the road.

They wanted to know why the Jeep’s safety systems would not let steering or braking be affected if the vehicle was moving faster than 5 MPH. Apparently, the discovered why as well as a way around it. Jeep’s parent company, Fiat Chrysler, stated that the duo’s presentation didn’t uncover anything new and that the company had made the necessary patches and adjustments that would prevent further remote hacking.

Both the hackers themselves, as well as Fiat Chrysler, stated that the technology they used was intricate and extremely time consuming. All of them said that owners of Jeep Cherokees really don’t have anything to worry about because of the expensive and extensive nature of hacking into the vehicle.

The two hackers announced that they were no longer going to hack into vehicles. Instead, the said, they have both gone to work for Uber.