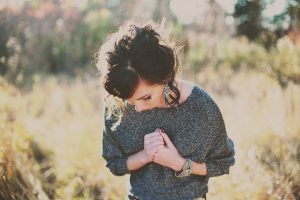 Scientists working at MIT’s Computer Science and Artificial Intelligence Lab, have created a device that employs wireless signals to determine emotions in someone at a distance. The device is called the EQ Radio and it can measure a person’s heartbeat and breathing to determine what emotions a person may be feeling. At least, this is what the research team is claiming.

The research team claims that the EQ Radio is 87% accurate at the moment. The wireless signals are sent out and bounced off someone and sent back to the device much like radar or sonar. The measurements taken of a person’s heartbeat, they say, are as accurate as a ECG machine. The algorithm in the device breaks down all of the signals and looks for differences and patterns. For now, the machine can match behaviors previously observed with regard to joy, sadness, excitement and anger.

Dina Katabi, lead author on the study and a professor at MIT, said that, “Our work shows that wireless signals can capture information about human behavior that is not always visible to the naked eye. We believe that our results could pave the way for future technologies that could help diagnose and monitor conditions like depression and anxiety.” 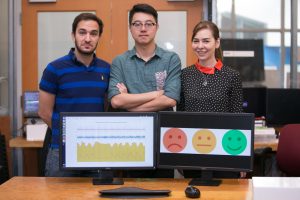 The wireless signals are more concerned with speed as opposed to distance. How fast someone’s heart rate or breathing is can be more accurately measured than the distance their chest is traveling when they are breathing. The team is able to determine certain emotions simply by reading the results of a wireless signal transmission. During the testing phase, subjects listened to certain music and watched certain videos that were designed to elicit the emotions the team was trying to measure.

While Katabi hopes the technology will be used for medical and helpful purposes, she knows that it can have other applications also. She admits that advertisers and Hollywood could use it to determine emotions to certain movies or products. She also believes it can be integrated into “smart” houses so that the environment could determine if it is too hot or too cold and make other adjustments according to the emotions of those living there.