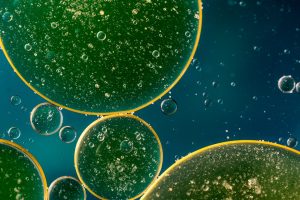 Scientists at the University of North Carolina have taken a huge step forward with regard to battling a rare brain tumor by using regular skin cells. The skin cells are actually being turned into hunters as they are injected into a particular part of the brain and they are able to track the cancer cells and destroy them.

This research and experimentation is building on 2007 technology that allows scientists to turn certain skin cells, called fibroblasts, into cancer hunting stem cells. This is the very first time that this technology has been put to direct use specifically to battle cancerous brain tumors.

Shaun Hingtgen, Ph.D., lead author on the study, said that, ” Our work represents the newest evolution of the stem cell technology that won a Nobel Prize back in 2012.”

The specific type of brain tumors that the skin cell stem cells are fighting are known as glioblastomas. They are extremely rare and only three out of every ten patients who are afflicted with them live past more than two years or so. Even if the tumor is successfully removed by surgery, the survival rate still remains pretty low. The tumors are almost impossible to get to and they have tendrils that stretch an attack all parts of the brain.

The fibroblasts produce connective tissue and can stimulate the production of collagen. Aside from this, the scientists can program the stem cells to produce proteins specifically produced to kill the brain tumors and prevent the spread of the disease. When they performed the experiments with the fibroblasts on mice, the mice had an increased survival rate of more than 220%. For the scientists, they are hoping to discover which current cancer fighting drugs will benefit from the addition of the aggressive stem cell fibroblasts.

Dr. Hingtgen concluded that, “We wanted to find out if these induced neural stem cells would home in on cancer cells and whether they could be used to deliver a therapeutic agent. This is the first time this direct reprogramming technology has been used to treat cancer.”