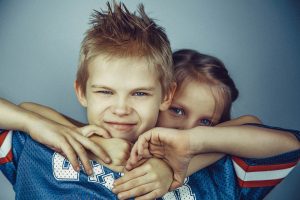 Not all humans are capable of making moral judgments. This seems to be something that science is continually unable to see. However, for those humans that have consciences, and who develop what has become known as a “moral sense”, it has been a long held belief for scientists that adults and children don’t see moral judgments in the same light.

There has been research performed for nearly fifty years that declares children and adults differ when forming and deploying a moral judgment. For many years, developmental psychologists, and others, believe that when adults make a moral decision, it is, generally, based on the intention of the action. For an adult, causing damage or hurt unintentionally is hardly considered as bad as trying to cause damage or hurt someone on purpose.

For children, however, things are different. Children, it seems, are more concerned with the affect, or the outcome, of a moral decision. The battle has been raging with regard to this so researchers at the University of East Anglia, in Norwich, England, decided to study the two most cited studies over the years in an effort to finally solve the argument. These two major studies have concluded that moral decisions made by children are more concerned with outcomes than with intentions.

The researchers questioned the children with two different stories which involved accidents. In the first, the intention of the decision was good but the outcome of that decision turned out badly. In the other story, there was bad intention but the outcome ended up favorable. At first, the UEA study came up with the same sort of results in that both adults and children labeled good and bad outcomes and recognized them as such in their minds.

The study found that 4-6 year old children formed decisions that were intention based. The study included 31 adults as well as 138 children between the ages of 4 and 8. The study, after rephrasing and offering a different methodology, found that the children;’s decisions could be as intention based as the adults. The testing involved a total of four stories and at least two were rephrased, or manipulated, it seems, to get the outcome the scientists were looking for.

Jean Piaget, a psychologist and developmental biologist, developed stages of development for children and adolescents that has long been the measuring stick and the accepted wisdom on the subject. For Piaget, such decision making isn’t even possible for humans until around the age of 7 when they enter what is known as the Concrete Operational Stage. At this phase of development, which lasts until 11 years old or so, their thinking can be less abstract but they are still not capable of thinking in a hypothetical or abstract fashion though they are becoming aware of events that happen outside of themselves.

For Piaget, something as complex as a moral decision, something that people label “good” or “bad”; “right or wrong”, doesn’t begin to enter into human development until well into adolescence and, even, then, the concepts are influenced by those around them and their grasp on them remains rather weak.