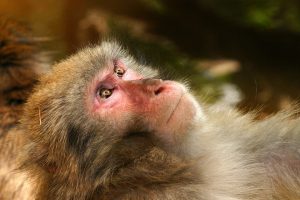 Two Stanford research scientists have developed a system whereby monkeys are able to text up to 12 words a minute. The researchers believe that their work is going to be able to help those with afflictions that prevent them from communicating effectively. They think, they say, that these new experiments will design more effective technology for people who need to communicate in an understandable way.

The scientists at Stanford inserted brain implants into the test subjects that created a mind interface that has allowed the monkeys to text after being conditioned to press a button on a keyboard every time it turns green. The two researchers have conditioned the monkeys to manipulate a cursor over a letter that lights up with a green light. In this way, they have been able to get the monkeys to text out 12 words per minute. The texts they are being asked to text are passages from Shakespeare’s Hamlet and from articles in The New York Times.

The scientists at Stanford have wired the implants into the motor cortex part of their brains as they hope to eventually be able to help people with motor and movement afflictions to be able to effectively communicate with others. While the experiments that they have been doing are not new in this particular field of research, many peers see this work as a vast improvement over previous experiments done elsewhere. 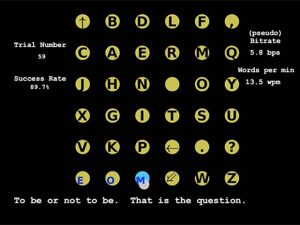 Human trials with the mind technology have begun and the Stanford researchers are quite optimistic that this technology will be making its way to the market quite soon.