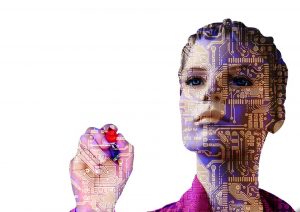 The European Union’s parliament has released a report that advises that robots, especially robot workers, be classified as “electronic persons”. The report comes as a reaction to the ever growing number of industrial robots and European countries being worried about future unemployment as well as future payments into their social security systems.

The reports states, in part, that, “Humankind stands on the threshold of an era when ever more sophisticated robots, bots, androids and other manifestations of artificial intelligence seem poised to unleash a new industrial revolution which is likely to leave no stratum of society untouched.”

Many notables such as Stephen Hawking and Elon Musk, among others, are warning of the dire consequences to humanity if robots and artificial intelligence continues at the pace it current resides at.

Robots have begun to swarm onto the European continent much as it has already become entrenched on the Asian continent. Just a few weeks ago, as an example, manufacturing behemoth FoxConn, in China, fired over 60,000 human workers and replaced them with robots. It has begun to happen in greater and greater numbers.

The parliament also concluded that there are legal liability and taxation concepts and determinations to be dealt with as they see the growing proliferation of AI and robotics as a serious threat to human employment and future payments of taxes. The EU wants the owners of robot workers to pay social security taxes for those robots.

The report further went on to say “that at least the most sophisticated autonomous robots could be established as having the status of electronic persons with specific rights and obligations.”

Robotics developers and makers believe that the EU is just going to create yet another of their standard bureaucratic messes and it could lead to the stunting of AI and robot development. A vote on the report will have to be taken by all of the membership nations in the European Union in order to create future laws.

The report also contained specific speculation with regard to the future of robots and of the human race.

“Ultimately,” the report states, “there is a possibility that within the space of some decades artificial intelligence might surpass human intellectual capacity in a manner in which, if not prepared for, could pose a challenge to humanity’s capacity to control its own creation and consequently, perhaps, also to its capacity to be in charge of its own destiny and to ensure the survival of its species.”