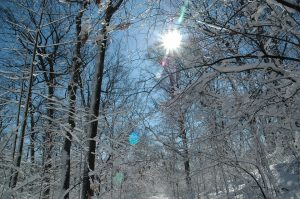 The city of Comfort, Texas is planning to build a cryogenic facility that will hold up to 50,000 frozen humans. The science of cryogenics has been around for a few years and it was only a matter of time before such centers are envisioned and built. With cryogenics, a human body can be, theoretically, frozen until such time as the person wants to be revived at some time in the future.

This cryogenics center in Comfort, Texas will be called the Timeline Building and will have the staff, the room and the facilities to safely store up to 50,000 human bodies. The structure itself was specifically designed to be disaster proof and the architect, Stephen Valentine, states that the facility will be able to withstand anything from changes in sea levels to a direct armed military attack. 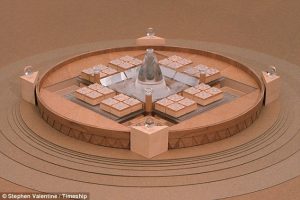 The Timeline Building’s mission, they state, is to eventually conquer, not only aging, but death. It also looks to become a world wide center and think tank for those in science looking to find cures for certain diseases that will then allow the frozen bodies to be thawed and cured of the disease that had been afflicting them. The temperatures at which the bodies will be stored will be low enough so that there will be no tissue damage or aging.

The Timeline center also looks to store the DNA of nearly extinct species as well as human organ parts, stem cells and other biological substances. The facility will have its own agricultural facility as well as housing dormitories and laboratories for research.

Architect Stephen Valentine has said that, “We have, until now, accepted death as inevitable because of millennia of experience but scientific advances suggest that aging, and even death, are genetically programmed and might be stopped.”

Currently, no human has ever been frozen and revived. It is spoken of as a scientific fact but the process to unfreeze those who have willingly frozen themselves has not yet been invented. Recently, however, this past February saw a team of scientists freeze and revive a rabbit’s brain successfully. The scientists believe that the thawing out procedure left the rabbit’s long term memory intact but how would anyone really know that?

However, the scientists were encouraged with the procedure as it proved to them that the freezing and subsequent thawing of a brain was possible to do successfully.