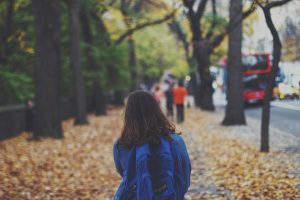 Even though the technique known as “helicopter parenting” has been proven time and again to be ineffective, it has now been discovered that the concept is irreversible and that no amount of parental demonstrative love and affection can negate the damage it does in the long term.

These were the recent findings of a research team at Brigham Young University. Parents who try and overcompensate by offering binge love and affection fests to their children are not making the affects of their daily behavior any less negative. In fact, those parents who are cold and distant, who parent more like a football coach or drill instructor, tend to make the negative long term affect even worse.

This research has been published in the journal, Emerging Adulthood. In this study, the researchers have reinforced earlier research done on helicopter parenting that found children who are afflicted with hovering, micro managing parents did much more poorly in academic situations than their peers who did not suffer from this type of parenting.

This study demonstrates also that an absence of affection is damaging emotionally. The researchers set the parameters for helicopter parenting as those parents who make most of the child’s decisions, interferes in their conflict situations, and micromanages every portion of the child’s existence. Parental warmth and affection, for the researchers, entailed a parent’s ability to talk with and spend quality time with the child. This involves nurturing behavior not giving orders and directions.

Lead author on the study, Larry Nelson, noted that, “From our past work, we thought there might be something positive about helicopter parenting under certain conditions, but we’re just not finding it.”

Data was collected from 438 college students from four universities in the country. Brigham Young students were not included in the research. The researchers asked the students to discuss and talk about their parent’s parenting skills as well as affection they were shown or not shown. Then, they wanted the students to examine their self esteem, academic record, and behaviors that proved risky to their physical or emotional well being.

Those students who never received any type of warmth and loving behavior from their parents had lower self esteem and they were involved with much more risky behaviors than the students who had parental affection. Even rare outbursts of binge affection from parents didn’t overcome the damage that had been previously done.

Nelson concluded that, “Overall, stepping in and doing for a child what that child developmentally should be doing for him or herself is negative. Regardless of the form of control, it is harmful at this time period.”