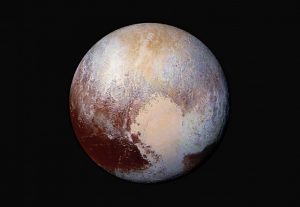 A scientist has discovered a new planet that lies beyond Pluto in the Kuiper Belt that is the first to join our solar system, for the most part, since Pluto was found back in 1930. It is a dwarf planet that scientists declare is roughly the size of Iowa and is about 8.5 million miles from our solar system’s sun.

The news of this new dwarf planet discovery was formally announced in the Minor Planet Electronic Circulator of the International Astronomical Union. Scientists believe there may be many more, over 100 or so is speculated, that will join the recently discovered dwarf planets of Eris, Ceres, Makemake and Haumea.

David Gerdes, an astrophysicist at the University of Michigan, was the one who found it and, for now, it goes by the name of UZ224. Gerdes is extremely involved in an international collaboration that is trying to establish a map of the universe because, they believe, the universe is continuing to expand and that expansion has been accelerating at an advanced speed. The collaboration is known as the Dark Energy Survey.

It is speculated that the new dwarf planet is the third most distant object from the sun thus far discovered in the Milky Way. While Gerdes can’t be certain of the new planet’s trajectory around the sun, he does know that it takes UZ224 about one thousand years to make a complete orbit of the sun.

The new dwarf planet is extremely small even as dwarf planets go and Gerdes expects some colleagues to dispute his findings. Meanwhile, astronomy seems very much caught up with trying to find what they have labeled Planet Nine. Many astronomers believe that there is a giant planet lying out there that is four times larger than Earth which has been disrupting orbits of objects they think are close to it.