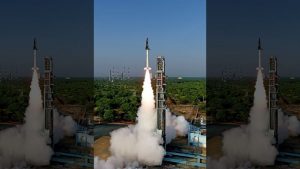 On Monday, India launched its first unmanned space shuttle. It is a significant leap for the Indian space program as they launched what they are calling a space plane. It is known as the Reusable Launch Vehicle and it was launched from off the coast in the Bay of Bengal at the country’s Satish Dhawan Space Center.

The booster rocket broke away after a minute and a half having reached 35 miles up. The shuttle then ascended to 41 miles and then turned itself and headed back toward the space center at about Mach 5. It made a safe landing and the self navigation system on the shuttle worked perfectly according to Indian space authorities.

The flight lasted a total of 770 seconds and the space shuttle landed without incident about 280 miles from the space center out in the Bay of Bengal. The Indian Space Research Organization (ISRO) said in a statement that, “In this flight, critical technologies such as autonomous navigation, guidance and control, reusable thermal protection system and re-entry mission management have been successfully validated.” 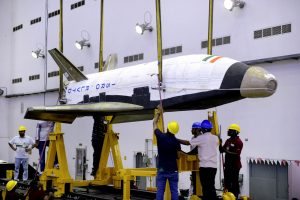 The space plane that made the experimental trip is a scale model of what the Indian space agency plans to build and to launch within the next decade or so. The ISRO will continue to experiment with the shuttle performing various landing missions and flights. This ambitious plan is just another step for the Indian space program. In 2014, they launched their own Mars orbiter successfully and may soon look for space alliances with the United States and other countries.

While the American space shuttle program has been retired, NASA still has big plans for future space planes of their own. They have already awarded a Nevada company with a contract to supply the international space station for the next several years beginning in 2019 and running through 2024.