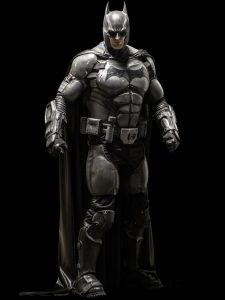 A cosplay Batman suit was recently cited by the Guinness Book of World Records as Most Functional Gadgets on a Cosplay Suit. The new record, and the suit, display 23 functioning gadgets that can do a multitude of things. The creation of the suit was inspired by the video game, Batman: Arkham Origins.

The suit was designed and built by a special effects artist from Ireland named Julian Checkley. He started with an undersuit body cast and then used flexible rubber urethane and then his handy 3D printer to come up with the finished design and product. The suit will be displayed in all its glory in the 2017 Guinness World Records: Gamers Edition.

The suit contains the following gadgets and weapons: 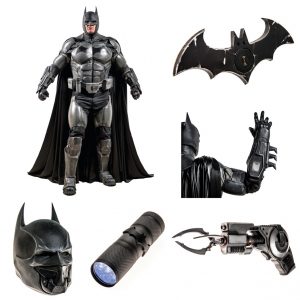 Checkley used all of his expertise and fashioned an awesome suit that is as imposing as it is impressive. When he had finished building the suit, he had slipped it over an undersuit that was specially designed to fit him exactly so that he could wear the suit. Checkley had the body cast done and then, when he fitted the suit over it, he also took the time to make the suit look weathered and used. He wanted it to have the feel of Batman having used it extensively in his war against the bad guys who wander into Gotham City.

When Checkley wears it, no one, it seems, wants to mess with him. Checkley is in great shape and stands 6’10”.