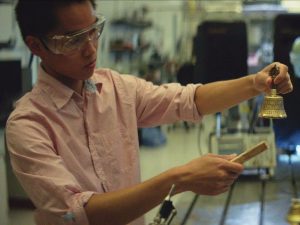 A young student of biomedical engineering at the University of Wisconsin won first prize at General Electric’s Unimpossible Innovation Challenge by proving that a bell can, in fact, be unrung. The point of the contest, says GE officials, is to disprove a particular long held belief or idiom using any field of science the contestants wish.

Chris Nguyen decided he was going to use what is known as “destructive interference” to show how a bell can actually be unrung. The essence of the concept is to try and cancel out a particular sound with another particular sound. The trick is to get the two opposing sounds waves to crash into one another until they reach a zero point where there is no sound at all. 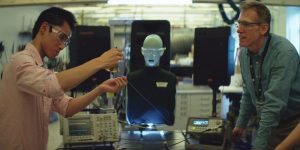 The concept is, basically, the same used in noise cancelling headphones. They operate by way of destructive interference. Nguyen set up a sound proof box, or chamber, that was padded to prevent sound from escaping. On one side he place a bell and on the other side he placed a speaker. In between them was a microphone. Whenever the bell made a sound, the speaker had been programmed to immediately emit a sound of the same volume and on an opposite acoustic level than the bell sound.

When the experiment works as it is suppose to, the microphone in the middle will not pick up any sound thus the unringing of the bell.

Nguyen believes that destructive interference can be used for much more than just noise cancelling headphones. He said that, “You can use this technology to reduce the noise coming from MRI machines or from jet engines.”

He went on to explain that the sounds from the machines and the engines would actually still be there but the noise would be much below the human threshold for being able to hear it and, thus, a human would hear nothing or almost nothing.