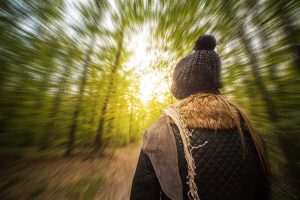 Both Sony and Google are working on research that is designed to have humans wear cameras over their eyes or to actually create tiny micro cameras that will be implanted into people’s eyes. For some reason, these two giant tech companies think it a great idea that others would have actual access to what you see. Your vision could become their vision.

Sony beat both Samsung and Google to the patent punch by being the first to file for a patent on what is being tabbed a contact lens camera. The camera will be specially fitted into an eye and then, through blinking, the human would be able to take a photo and capture what is around them.

You may have seen such science fiction technology employed in recent Hollywood efforts. Spies can scan and record secret documents with their special eye cameras. Such technology, according to Sony, may only be a few years away. For Google, however, they want a camera that can actually be implanted into the eye so as to become the eye. The camera will be surgically placed into an eye. Almost any mad scientist from any number of movies should be able to do it.

So, for the regular man or woman; what would you need such a thing for? Instead of recording television shows you would record actual reality? Reality would be the reality show? I suppose if you wanted a hands free experience at a concert or a protest or a cop stop, your eye camera could come in handy. But, then again, certain corporations probably wouldn’t want you streaming their copyrighted events for free so be prepared to be patted down for your eye cameras in the near future.

No pipe bombs, no guns, no eye cameras allowed…

The challenge could also be that you would never know if someone was recording you because they wouldn’t be pointing their cell phone at you or wearing those gigantic Google Glass on their face.

What if Google, or someone, knew what news sites you visit; if you just had a fight with your boyfriend; what meds you’re on; if you ran a stop sign; what’s in your email and bank account or who you talk to and what you talk about.

The list, it seems, could go on forever and may just have George Orwell thrashing around in his grave…