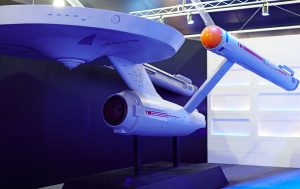 The Star Trek Starfleet Academy Experience is an open museum exhibit that is currently making its way around the country. Right now, the exhibit is playing at the Intrepid Sea, Air and Space Museum in New York City and will be there until October 31. 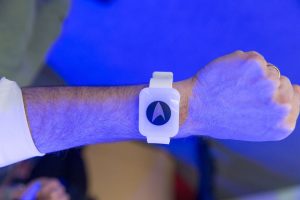 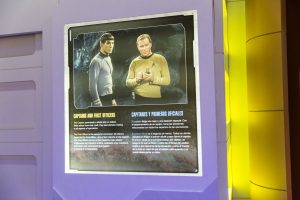 Trekkies enter the exhibit and receive an official Star Trek RFID wrist communicator that will get them access to all of the exhibits and interactive displays. There is history from the nearly fifty year old franchise as well as original uniforms and other memorabilia that was used in the television series’ and in the films. 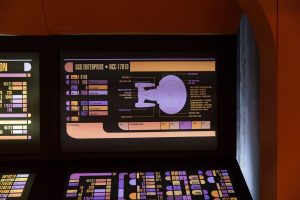 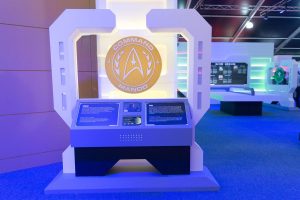 Much of the tests and other interactive displays mostly are there so that they can determine which Starfleet discipline best suits you and Starfleet’s needs be it medical, engineering, security or command.

There are nine distinct stations to check in at and the exhibit is almost all white with a soft blue light surrounding it. Your special wristband gets you into a particular station. 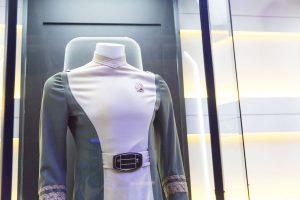 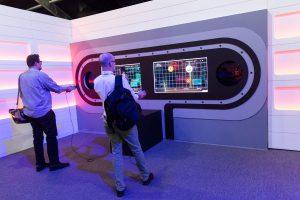 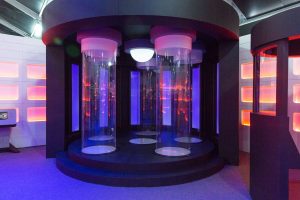 There is also a replica of the original Starship Enterprise that is 25 feet long as well as a transporter station. And, if you head to the medical bay, you will find tricorders and two Klingons ready to be examined. There is also a phaser target range where you can hone your shooting abilities. 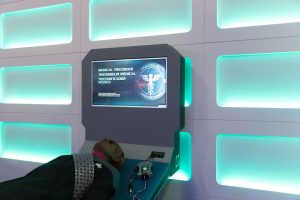 While you can skip all of that and just wonder at the artifacts, the centerpiece of the exhibit is the full sized bridge of the Enterprise. There is something there for everyone and even the die hard Star Trek fans will be delighted and impressed.