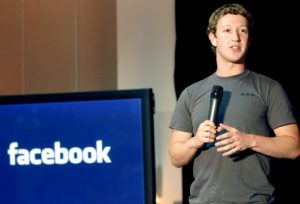 Facebook lost the first round in what looks like a long battle with a group of users against the company illegally collecting biometric information. The information, the suit claims, was unlawfully collected through faces posted at Facebook pages.

The case was being tried in California and on last Thursday the judge in the case denied Facebook’s motion to have the suit dismissed. The lawsuit was filed by certain users under an Illinois law known as the Biometric Information Privacy Act. Facebook’s argument was that all users agree to Facebook’s terms of use which clearly state that all legal matters and concerns will be settled according to California law. Facebook also noted that the Illinois act does’t make any mention at all of what Facebook refers to as “tag suggestions”.

The court further ruled that Illinois law does, indeed, apply in this case and that the claimants have a legitimate claim to being wronged by the social media giant. The claims made are that Facebook’s face recognition features that include “tags’ suggestions are in violation of the Illinois biometric privacy statute. The ruling means that the case will not be dismissed and arguments should be heard in the near future to determine the fate of Facebook’s actions.

The case was initially filed in the courts in Illinois but both parties agreed to have it tried in the California courts.