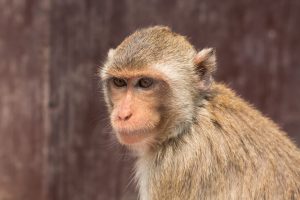 A breakthrough antibody treatment conducted in Germany at the German Primate Center has effectively freed all of the monkeys they have treated of HIV. None of the test subjects any longer show any trace of the disease in their bodies. The monkeys have been under treatment for two years and the scientists in charge of the study say that they are, essentially, cured.

Lead researcher on the study, Lutz Walter, said that, “We have good reasons to believe that the therapy will work similarly in humans. It would be a breakthrough for the future treatment of human HIV patients.”

During the trial study, 18 rhesus macaques had been infected with the simian strain of HIV and then were subjected to the current standard of a 90 day treatment with antiretroviral drugs. After these initial three months, the monkeys were then treated for 23 days with a newly created and developed antibody called Vedolizumab.

After the 23 days of treatment, the monkeys displayed a command of the disease and infections and there seemed to be no longer any trace found in their bodies of the simian immunodeficiency virus. Finally, after studying and treating the monkeys over the past two years, the scientists declare that their immune systems are strong and that they are all in a “sustained remission”.

Walter continued to say that, “This finding could become a blueprint for an alternative therapy for HIV which could make it so someone would not need to continuously take antiretroviral drugs.”

The latest HIV treatments seem to be working but it takes a sustained taking of the drugs over an extended period of time. It’s like filling up a car with gas when the needle hovers near the empty line. This new therapy has scientists excited because the prolonged extension of drug taking may no longer be necessary. The drugs used now can keep the disease at bay for years but can’t remove it entirely from the body and, of course, the side effects can be quite challenging to the patient.

“The aim of the study,” said Walter, “was to find a new therapeutic approach for the treatment of infections with immunodeficiency viruses which would permanently prevent the proliferation of the viruses…”